History of the Library

In February of 1915 McBride residents opened a Reading Room in the train station. Committee members were elected and anyone who had games, papers or books to spare were encouraged to lend them. Users were charged a subscription fee of 25 cents per month. The Room had a set of rules, including that “Gambling, swearing, loud talking, scuffling, wrestling and throwing books and other articles about will not be tolerated.” In her Robson Valley Story, Marilyn Wheeler thought likely the Reading Room may have lasted until the station burned in 1918. 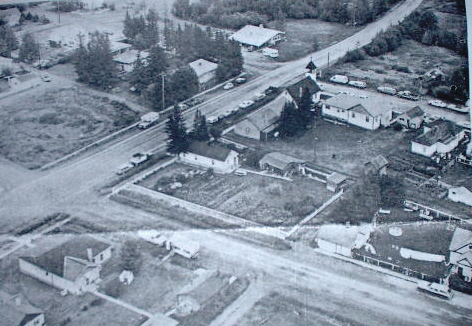 In 1949, a group of McBride area residents became determined to establish a village library. They didn’t have a building or very much money; nevertheless, the McBride Public Library Association was formed. The sixty chartered members each contributed a dollar. These members were the founders of the library.

Since its inception in 1949, the McBride (and now District wide) Public Library Association has gone from having no building of its own, to not much more than a shack, to what is now an exceptional Public Library for a town of this size.

In 1949, the Village purchased a tiny building for the Library Association, and the McBride School Board lent them a piece of land to put it on. Located on Third Avenue, the small building was heated by an old wood stove. In fact, during the winter months the librarian had to go to work early in order to light a fire and warm the books.

In 1967, the community was looking for a Centennial project. The solution came when they decided they should build a new library. With grants, savings, fundraising, and donations of labour, the new Centennial Library became a reality. It was located next to the Public Health Unit on Dominion Street. 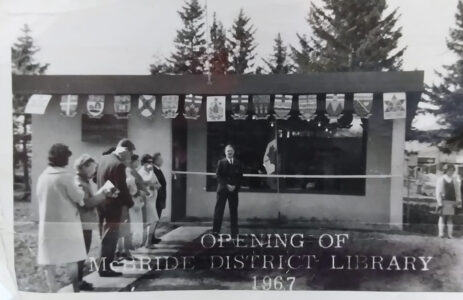 Less than 20 years later, in the mid-1980s, the Library again outgrew its space. This time the Expo Legacy Fund came to the rescue. The Library Association and the Valley Museum & Archives Society joined forces, applying for the grant to expand the building. Before the new library building was constructed, costs were increasing faster than the Library Board could keep up with. It was decided after a successful referendum that the Regional District of Fraser-Fort George would provide the operating money through Robson Valley and McBride taxes.

In 2001, the Library purchased the former Regional Health Unit building that was right next door to the Library. This building became known as the Library Annex, and was used for special library programming, including a student study computer lab.

After another successful referendum, the library and museum moved to their current location at 521 Main Street in 2018. 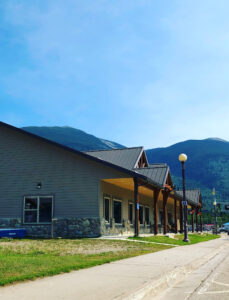 Find us on Social Media!

Be sure to visit our facebook
group and instagram page to keep up to date with
news, events, programs & more!